In the wrong place

Who is Jacob? And what is he doing? We know Jacob, later called Israel, as the third of the three Patriarchs: the grandson of Abraham, the son of Isaac. I should say one of the grandsons of Abraham. We usually pay no attention at all to the children of Ishmael, who are of course Abraham's grandchildren. As for Isaac, he had two sons.

And Jacob left Beersheba and set out for Haran. And he came upon a certain place and stopped there for the night, for the sun had set, and he took one of the stones of the place and put it at his head and he lay down in that place, and he dreamed, and, look, a ramp was set against the ground with its top reaching the heavens, and, look, messengers of God were going up and coming down it.

Listening to this story, you can hear how much Jacob is lost in this strange country. You can hear how much the loss of his home causes him to be acutely aware of the place where he finds himself that night: "he came upon a certain place … took one of the stones of the place … lay down in that place …" Clearly Jacob's mind is on the place where he feels himself to be a stranger. He feels that he is in the wrong place.

And who is Jacob? Jacob is the younger of Isaac's sons, although only by moments. Esau and Jacob were fraternal twins and they were born so close together that, the story says, Jacob was grasping his brother's heel.

And we know that Esau's heel was not the only thing that Jacob was grasping.

Right now Jacob is running away because he was grasping at things which were not rightfully his. Jacob stole Isaac's legacy from his brother Esau. You know the story: Isaac is old and blind; Jacob (at his mother's urging) disguises himself and pretends to be Esau. Deceived, despite some suspicions, his father Isaac passes the family inheritance to the younger son.

Now Jacob fears that his brother is planning to kill to him. Jacob committed the theft by tricking his father, yet now it is only his father's authority which is keeping Esau from taking revenge and taking back the inheritance. Jacob needs to escape, yet running off without an excuse would give the appearance of guilt. Of course, Jacob is guilty, but just like us today it was not the guilt so much as the appearance of guilt which concerned Jacob and his mother. His mother concocts another deception, and Jacob is sent off hurriedly with the excuse of finding a wife.

Is this the man you'd want to leave your family business to? There is not much in Jacob's story to support choosing him over Esau or any of Abraham's neglected grandchildren. Jacob seems in all ways to be the wrong man. Yet he is a man whom God has chosen.

And, look, the Lord was poised over him and He said, "I, the Lord, am the God of Abraham your father and the God of Isaac. The land on which you lie, to you I will give it and to your seed. And your seed will be like the dust of the earth and you shall burst forth to the west and the east and the north and the south, and all the clans of the earth shall be blessed through you and through your seed. And, look, I am with you and I will guard you wherever you go, and I will bring you back to this land, for I will not leave you until I have done that which I have spoken to you."

God is with Jacob and will guard Jacob and will bring Jacob back home again someday because God chooses to do so. Jacob is the wrong man, except for God's choosing.

Yes, God has chosen Jacob, but Jacob hasn't known that this is true. God's appearance in the dream is a revelation in all the senses of that word.

That's for someday. Promises for someday are important. They give us hope for the future, set the direction for our lives, and help us to see what God's perfect justice will be like.

In the meantime, until that someday comes, God gives Jacob hope for the present days. God will be with Jacob, God will guard Jacob wherever he goes, God will lead Jacob, and God will not leave Jacob.

That's a remarkable set of promises, especially for a man so unpromising as Jacob has been.

And Jacob awoke from his sleep and he said, "Indeed, the Lord is in this place, and I did not know."

Jacob didn't know. Well, how could he have known? Was there anything in his place in life which suggested that God would take such a personal interest in him? Forget about the geography of where Jacob fell asleep – think about the place Jacob was in his life. He is running away from his family, his crimes, perhaps even from himself. Why would God choose to give Jacob any kind of support, much less this sort of parental concern, until Jacob starts to act like a responsible adult?

And he was afraid and he said,
"How fearsome is this place!
This can be but the house of God,
and this is the gate of the heavens."

And Jacob arose early in the morning and took the stone he had put at his head, and he set it as a pillar and poured oil over its top. And he called the name of that place Bethel, though the name of the town before had been Luz.

At the same time, Jacob doesn't yet know. He is still caught up with the location, that place where he fell asleep and where he was when God spoke to him. I can say, "It isn't really about the place," but I have the advantages of the light of the Gospel and several centuries of reflection. Jacob has to begin from what he knew the night before.

And so it is with us. We must begin with what we know and turn until we can see what God is showing us. We are like Jacob early in the morning: We know that God has chosen us, that we are "kings and priests to God", that we are, as Paul writes, joint heirs with Jesus Christ. And yet, we do not know this; we do not live as though we know this. We have been told, and now we can begin to see that what we have been told is true. 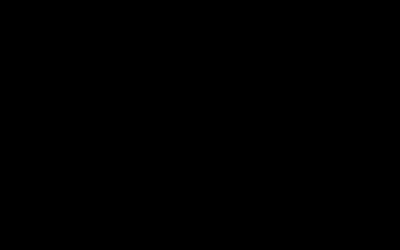 Let me try to illustrate this using the art of Norbert Kox. Kox is an auto body specialist from just up the bay shore in New Franken and an artist of skill and importance. Kox is best known for his apocalyptic works – art of the end times and God's final judgement. These works are filled with fire and blood, molten rock, and disturbing, twisted images.

(I bring you one example so that you can see what I mean. Kox has an international reputation and his original works sell for $1200 to $24,000 each on his website so I only brought one small print.)

These apocalyptic paintings are not what most people would display in their living rooms … yet sometimes I wonder if maybe we should each have a Norbert Kox work where we will see it every day. It might help remind us not to give the flag, or money, or friendship the honor which belongs only to God. Kox's work is disturbing, surprising, and important.

But that is not what I want you to see.

In this category of apocalyptic work, Kox shares with us something beyond the judgement of God and the penalty for sin. In each of these works, somewhere unobtrusive, Kox includes a butterfly, or a flower, or a new green shoot.

Here is the lesson for us, as for Jacob. We seldom enough discover the truth for ourselves. I might not have found Kox's butterflies without being told to look for them. But once we are told, our outlook begins to change and our new understanding, if it embodies the truth, overpowers and consumes all previous points of view.

The Butterfly in the Story

Where is the butterfly in Jacob's night at Bethel? God says, "look, I am with you and I will guard you wherever you go." Even if you are running away, even if you go into exile, even if your plans fall apart and happiness eludes you and disaster hounds you, even if the last days overtake you, God says, "I will not leave you."

One dream does not remake Jacob. He is still grasping and crafty, and he will pass some of those traits on to his sons. Nevertheless, Jacob knows something which he did not know: God is guarding him wherever he goes.

Now that Jacob knows that God has chosen to be with him, he may begin to look for God. Looking, he can begin to see, and seeing God's care and presence, he can become consumed by the presence of God.

Just hearing that God chooses to treat us as the children and heirs of God does not give us confidence. We are still ineffective and fearful and far, far, from being holy – and we know it. Nevertheless, we do know that the glorious freedom of the children of God already belongs to us.

God says, "Look, I am with you and I will guard you wherever you go."